My Mom - By Barbara DiLorenzo

When I was in ninth grade, influenced by my mother's journey to publication, I made my first picture book dummy. She and I had taken summer courses together at our local art college–Montserrat, in Beverly MA. While she was already skilled in writing and illustration, I was just learning. Those courses lit a fire within her, and I watched her begin to pursue picture book publication. She told me that once a radio personality read her fortune and said she would one day write a children's book. I think that's what she said. Maybe it was someone else's prophetic words that helped her follow through, even when the journey seemed bleak. Bleak to her, anyways. To me, it was a magical journey. I watched her form a critique group with writers–some published, some not. The women who were published had an air of achievement that made them more beautiful to me. Stacks of postcards with her illustrations printed on the front would occasionally collect on the dining room table, addressed to editors and art directors. Magical! And in high school, she brought me to my first SCBWI conference, where I met Jane Yolen and had her sign my sketchbook–a magical moment I will never forget, though I met her again years later.

The only aspect of her journey I didn't enjoy was when she asked my brother, step-father and I to critique her work. I didn't think my opinion should hold much weight as she could clearly draw and write far better than me. She didn't let any of us off the hook when we praised her work–she had to know what needed adjustment. I delicately explored the work, trying to find the line where I was helpful, but not too critical. If she hadn't been persuasive about finding flaws, all of us would have been in awe of her work as it was. I saw firsthand the torturous life of a creative person–even if people around you think your work is awesome, you can never really rest or trust that it is.

Her first book was HURRICANE, written by Corinne Demas. She took photographs of my brother and I around our family's house for illustration reference, and dedicated it to my grandmother, who passed away right before it was published. I was so proud of her accomplishing a lifelong dream. But she went above and beyond–and had a second book contract in no time! She sold her manuscript MINGO, which was illustrated by Bill Farnsworth. She told this story to my brother and I numerous times when we were growing up. Sometimes when we drove by a particular ocean view, she would remind us about the story of Mingo, the slave who was promised his freedom when the tide held back enough for a person to walk out to Aunt Becky's Ledge. It was a haunting story to hear. But to see it in print, incredible. I think that's where my love of combining history with a fictional narrative was born.

I'm not sure why my mother stopped after MINGO. I know she had numerous other stories in various stages of development–some I thought were definitely ready to send out. She had a great story about Van Gogh. I thought she would keep going, but somehow, maybe seeing the other side of being published, she stopped submitting her work. She taught watercolor painting for years, so I don't think author visits would have daunted her. The feedback and reviews were positive, but maybe she was hoping for more. I can understand that–this is the first time I'm facing reviews, and it's a whole new aspect to publishing that I hadn't paid attention to before. And reviews, even glowing ones, can still include words that sting.

I have questions for her, but she and I have had a long history of a troubled relationship. We have not spoken since 2009. Prior to that, there were clumps of years that we didn't speak, interspersed with years that we did. At this point, I think both of us, and our family, feel that somehow the two of us are better off cooly existing in separate worlds. It's lonelier, but it's more peaceful. No one needs their blood pressure raised after so many years of heartache. But. At this point in time, reflecting on the eve of my own books being published, I honor all that my mother taught me. She sat with my brother and I at the kitchen table when we were tiny, and showed us how to sculpt in clay and paint and draw. She was and is talented in so many different mediums. As was her mother, my grandmother, who passed away before she ever got to see her daughter or granddaughter published. Both my mother and my grandmother wanted to go to art school, but were discouraged. Though I applied to six liberal arts schools and only one art school, the day my acceptance to RISD arrived, my mom was the person who cheered me on, and made sure I felt supported in the decision to pursue art. That support dropped away once I moved into my dorm, but that is the nature of our dark relationship.

While I can't change the turmoil of the past, I do honor the good parts. And in my newborn daughter, (a surprise in my life now that I'm 41-years old), I see my mom's blue eyes. And unlike my son, at only two months old, this child stares at the paintings on our walls, and the picture books that I show her. She is fascinated by books and art already–something my son didn't notice until many months later, and with a lot of encouragement. I wonder if she will carry the creative writing and painting spirit that has traveled through the generations of women in my family. My only prayer is that no matter what I teach her, that my mother taught me, that her mother taught her–we remain friends. When my daughter achieves her lifelong dream, I want to be there to celebrate alongside her. 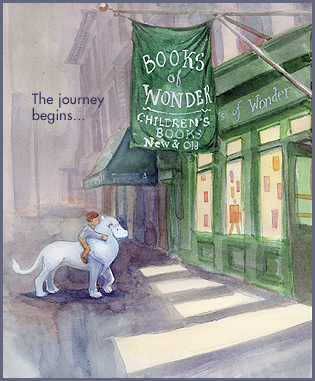 Posted by Barbara DiLorenzo at 1:29 AM